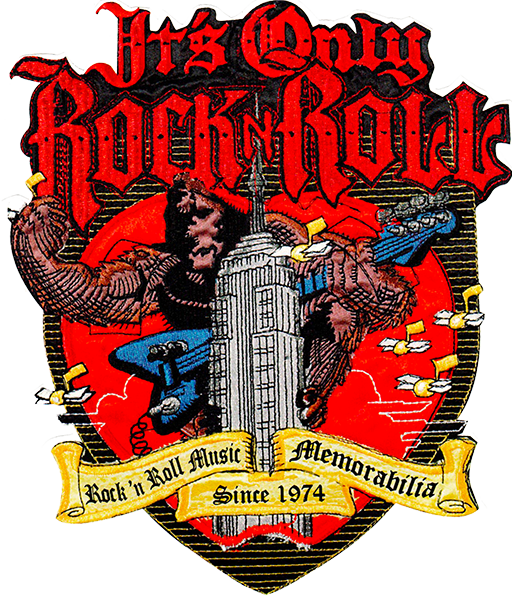 Beginning in 1975, and continuing until 1986, we promoted a series of Rock Music Collector’s Conventions “Rockages“, featuring rare films, concerts and a dealer’s room for selling memorabilia that are now legendary

Our Rock Relics Catalogs were the first to offer memorabilia exclusively

Check out celebrity, clips and some of our Rockages history on  Facebook, Its Only Rock N Roll or see memories at Zaknation, with Marc appraising  and authenticating memorabilia on MSNBC, FOX, FOX & FRIENDS, OXYGEN NETWORK, CNN, METRO ROAD SHOW, GOOD MORNING AMERICA as an expert.

During the 1980’s we owned and operated the infamous store, It’s Only Rock n Roll Gift Shoppe in New York City’s Greenwich Village.

We published an It’s Only Rock n Roll Catalog, from which many items were featured in national mail order catalogs such as Sony-Time Warner, Vroom, Doritos and on TV’s QVC.

We proudly supplied and maintained an exclusive “memorabilia for sale” section in the Rock & Roll Hall Of Fame Museum Gift Shop in Cleveland, Ohio

From 2000-2003 we joined forces with Lelands, world known for their sports auctions, to create their Entertainment division specializing in Rock and Roll and directed six record breaking auctions.

and conducted nine record setting auctions and produced state-of-the-art catalogs that are now collector’s items themselves.(available in our shop )

You can view some of the WORLD record prices we set on PRICES REALIZED.

We now offer select memorabilia that is now available on our store, where you can obtain our exclusive RICK GRIFFIN designed official T-shirts. And back issue rock memorabilia auction catalogs with original prices realized.